The worlds of cinema and of photography run closely to one other. So many techniques are shared, adapted, lent and borrowed; only a few elements remain exclusively in the domain of one or the other. One such element that film can use with such power is editing, and the montage.

Our resident film writer, Gabriel Gane, takes us through the history and it’s significance to storytelling, of this technique.

Editing: The Magic of Montage

“Editing is the basic creative force, by power of which the soulless photographs are engineered into living, cinematographic form.”  (V. I. Pudovkin, director)

Film is a strange beast. Lumbering under the weight of hundreds of individuals, each with their own specific role, this seemingly coherent form is in fact Frankensteins Monster; stitched together with threads of immeasurable talent and organisation, the whole that is formed has elements of the best of many of the great arts that have come before. The camera from stills photography, set design from stage plays, the score from music, all have their role to play, but possibly film’s most unique trait, that sets it apart from the rest of the pack, is the one that hides in plain sight: sequence editing. Whereas every other part of the cinematic process presented to the audience (baring fantasy genres) is echoed in nature – we see as cameras see; live in houses much the same as sets – editing forces us to endure something that cannot be observed or experienced beyond the silver screen; the instantaneous jump to another place, angle or time. It is rarely considered now after so many decades of movie making, but the ability to jump at will across vast distances within the world of a film gives the audience a strange sort of omnipotence.

In the very earliest days of cinema audiences would be left dissatisfied with even a single cut, feeling jarred by such an alien occurrence. Indeed the first films to include close ups of actors were unpopular, with audience members complaining that they had not paid to see half of an actor’s performance.

The montage then encapsulates all that editing can be and its effect on the audience. It can be macroscopic, conveying the passage of time or telling an entire story; it can be intellectual, forming and informing ideas or making us look at characters and their actions in a different light; it can be microscopic, charting a world seldom lingered upon or instances overlooked. So, appreciating, or even noticing the montage is to acknowledge editing and its origins.

One of the first known uses of more then one shot within a film comes from Robert William Paul’s Come Along, Do! made in 1898. The film comprised only two shots, the first of a husband and wife entering an art gallery, the second picking them up inside. Not only was this one of the first uses of editing, but it is considered to be the very first use of continuity editing – following action smoothly from point A to point B. Unfortunately the film only survives in fragments, but stands as a clear indicator of where the future of the edited form would go.  Only a few short years later editing was rife throughout the developing industry. Fire! (1901) directed by James Williamson, is essentially a primitive action/drama flick; prominent for an early use of dual narrative between the Hove fire brigade and the trapped residence of a burning building.

As the editing process became more refined, so too did its sister practice, special effects. Stemming from the same processes which allowed the first separate shots to be made – the ability to stop the camera and restart it once a change of location had occurred – special effects quickly came into its own right as a means of captivating an audience. At the forefront was Georges Méliès. A magician by trade before turning his full attention to cinema, Méliès revelled in the joys of trickery and illusion. In his first year of production alone he made seventy-eight films and quickly rose to become one of cinema’s most prominent and prolific filmmakers. However, with his attention firmly on spectacle he favoured minimal editing and grand theatrical sets, Méliès lost favour with audiences who longed for more complex plots and editing devices. By the mid 1920s Méliès was bankrupt and many of his films lost to the annals of time, or the negatives sold to be melted for scrap. A sobering end to a career that practically invented the special effects industry and kickstarted the sci-fi and fantasy genres with Le Voyage Dans la Lune (A Trip to the Moon) in 1902. Méliès failed to endure in his time because he was slow to react to the fast changing industry that editing had brought about and by the time he was driven out of business avant-garde filmmaking already had deep roots in Europe.

In 1921 an experiment would prove that editing could shape an audience’s response far more then individual shots. The Kuleshov Experiments, named after Lev Kuleshov, a faculty member of the Russian State Film School, placed together a series of unconnected shots to imply a meaning greater than the sum of their parts. The most famous of these experiments showed a series of identical close ups of actor Ivan Mozhukhin with a neutral expression intercut with a variety of subject matter: a bowl of soup, a cadaver and a baby were among these. When shown, audiences reportedly praised Mozhukhin for his reactive performances to each of the unrelated images, even though they were actually shown the same image of the actor repeatedly.  The Kuleshov Effect as it become known, would be the bedrock philosophy for the Montage Movement, a movement of Soviet cinema which saw editing – specifically montage editing – as “the nerve of cinema” (to quote Sergei Eisenstein). Arguably one of Russia’s most important film movements, it brought about films such as Battleship Potemkin, (Eisenstein), which contains edited sequences that top most action/dramas to this day and Mother, the most popular of the film movement with in the U.S.S.R. by Vsevolod Pudovkin.  Around the same time Kuleshov was experimenting in Russia, a fierce style of montage cutting was emerging independently in France. 1923 saw the release of La Roue by director Abel Gance, the first film in history to contain single frame edits. In one sequence, the protagonist Sisif tries to crash a train he is driving, killing himself and all riding it. As the sequence builds, shot duration decreases dramatically, as a result the tension is derived from the barrage of rushing images rather than the acting.

Following montage through the years, we can find filmmakers channelling those that came before, or at least their techniques. A perfect example of this is the assassination montage at the end of The Godfather; here Francis Ford Coppola intercuts multiple murders across New York with a baptism. Perhaps an obvious choice to pick from the myriad of montages on film, but with its Kuleshov undertones and skilful use of music to draw together the many locations, this sequence does more then tell a piece of the story; it completely encapsulates its essence. 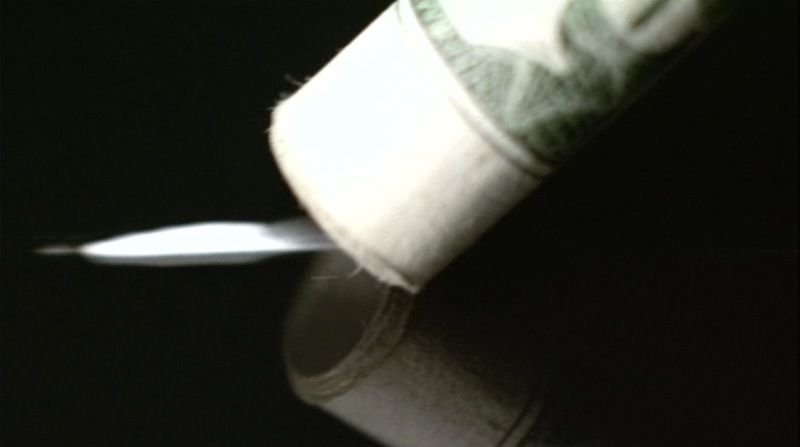 Darren Aronofsky, Requiem for a Dream

Jumping further up the contemporary ladder, we reach a style of editing that again reflects the times in which it was created. In 2000, Darren Aronofsky presented the world with an unflinching view of drug abuse and addiction in Requiem for a Dream. A superb lesson in editing throughout, the film charts the destruction that substance abuse can have on all who find themselves hooked, irrespective of age, class or gender. Typical of a visionary, Aronofsky didn’t want to just show the audience drug consumption, but rather put them in the situation of the consumption, so he coined the Hip-Hop Montage. The Hip-Hop Montage has its roots in a style of fast cutting that was introduced by La Roue and built upon by successive films; Psycho’s infamous shower scene for example. Aronofsky has said in interviews that he wanted to encapsulate the essence of the hip-hop genre in the 90s, with short, sharp cuts and heavy sound design to accent the beats of each sequence in turn. The resulting haste of the edit not only leaves us slightly dazed, it tells of the continuous consumption these characters are involved in; normalising us to it as they’ve been normalised – a far cry from the audience aggravating single cuts of a hundred years prior.  Whilst it was Aronofsky who named this most modern of editing techniques, he certainly isn’t alone in utilising it. The Hip-Hop Montage is scattered throughout Edgar Wright’s filmography; used for comedic value rather then conveying an idea (except possibly monotony), Wright livens up the morning breakfast, buying an ice cream and pulling a pint.

Cinema is a work of hard labour from many individual departments. Whether costume, visual-effects, lighting or direction, each bring their own vernacular to its unique language. For this reason alone it would be foolish and arrogant to clam that editing is the most important element in cinema’s vocabulary – but it does greatly shape its true tongue.

Video: Top 10 Film Montages, including some of the movies mentioned here…

Video: Every Frame a Painting’s take on Edgar Wright’s editing techniques for comedy.

Article: The History of Editing

You can read more of Gabriel’s essays on cinema for Miniclick here.