As timely as ever, in September Miniclick looks at the themes of resistance, protest and strikes with two socially minded photographers who have been at the scenes of some of the most significant moments of resistance of the 20th and 21st century, Janine Wiedel and Homer Sykes.

Janine Wiedel’s career began in the 1960’s, photographing The Berkeley Riots and the Black Panther Movement and she has continued to document riots, protest, strikes and counter culture movements to the present day. Homer Sykes will be drawing from his substantial archive to discuss the industrial and political disputes he covered in the 1970’s and 80’s as well as his wider work on British culture and customs.

Free Entry. Please note both speakers will have books to sign for sale with them – cash only. 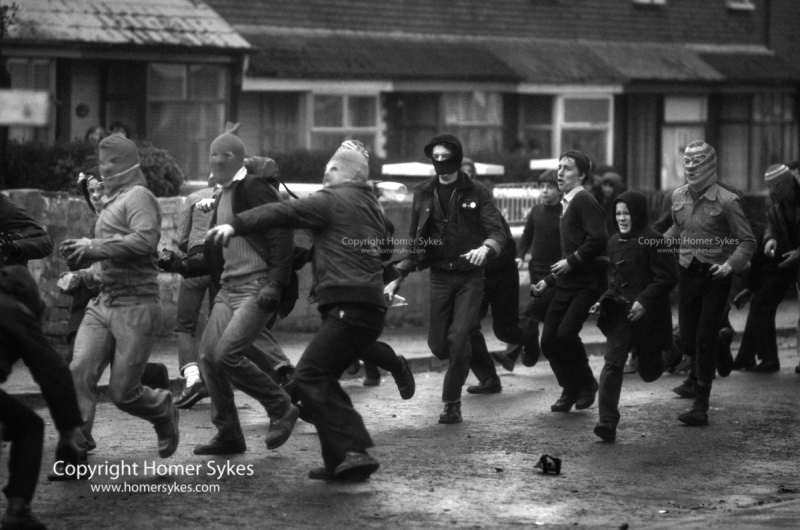 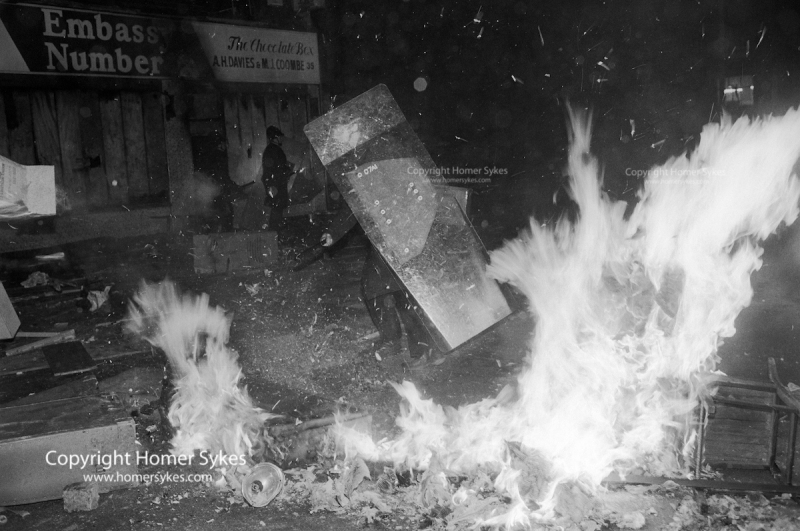 “For Resistance, I will be showing work from various industrial / political disputes that took hold in the 1970s and 1980s in the UK,  as well as a small selection of work from my on going project on Traditional British Customs and annual events.

My principal commissions in Britain during the 1970’s – 1980’s, were for what used to be called the “weekend colour supplements” such as The Telegraph, The Sunday Times, The Observer, You and the Sunday Express magazines. I covered weekly news for Newsweek, Time, and the former Now! Magazine; covering conflicts in Israel, Lebanon, and Northern Ireland, as well as general news in the UK. Over the last forty-five years I have shot numerous magazine portraits of the famous and not so famous – at home, at work and at play. I have always worked on personal photographic documentary projects along side commercial magazine assignments.  In the 1970’s I started on what has become an on going career project documenting traditional British folklore customs.  In 1977 my first book was published Once a Year, Some Traditional British Customs (Gordon Fraser). In 2016 Dewi Lewis Publishing re-published this volume with over 50 ‘new’ images from my archive.  I am the author, and co-author-photographer of nine books about Britain as well as Shanghai Odyssey (Dewi Lewis Publishing) and On the Road Again (Mansion Editions). The latter, an American project, was started in 1969, while I was at college. The photographic road trip was repeated in 1971, the work was then put away for thirty years, and in 1999 and 2001 I travelled once again by Greyhound bus criss-crossing America documenting the ‘down home’ idiosyncrasy of everyday middle America. In 2002 I set up my one-man band self-publishing concern Mansion Editions. To date Mansion Editions has published On the Road Again and Hunting with Hounds. More recently Cafe Royal Books have published 21 ‘zines of my work. As an award-winning photographer I have never been busier, managing my extensive archive, working on personal projects, and shooting new material.

Many private collectors and national collections own my work. For ten years I was a Visiting Lecturer at the London College of Communication (University of the Arts London) taking group and one-to-one tutorials with both MA and BA students studying Photojournalism and Documentary photography.

My vintage prints are represented by the James Hyman Gallery in London and by Francoise Morin at Les Douches La Galerie in Paris.”

Janine is an American freelance documentary photographer / visual anthropologist who has been living in London since 1971. She began photographing in the late 1960s in San Francisco. The Berkeley Riots and the Black Panther Movement in California marked the beginning of her career as a photographer and fuelled her lifelong interest in documenting protest movements and sub-cultures struggling to survive on the edges of mainstream society.

These projects have become major studies, books and exhibitions and have fed into her extensive archive and photolibrary.

Free Entry. Please note both speakers will have books to sign for sale with them – cash only.