Always good to work with friends…

On June the 17th, Photographer’s Dining Club have invited Miniclick to do a takeover of one of their regular evenings of food and photography. Miniclick have been organising free photography events for five years now, with a focus on stories and ideas and it’s in that spirit that the theme for these evening will be Storytelling.

Featuring short talks from some of photography and filmmaking’s most exciting and interesting folk, the event will be a fantastic insight into the use of images in storytelling. Talks come from Juno Calypso, Tomas Leach and Jane Hilton. In addition, guests will be invited to join in on an exclusive storytelling game, via their placemats, on the night.

Wednesday 17th June. Doors at 6:30pm. The Proud Archivist, Haggerston, London. Tickets include a 3 course meal and are available here.

This is a ticketed event, but the price of a ticket includes a three course meal at The Proud Archivist in London while you enjoy the talks. Tickets go on sale on Monday 11th May, and you can sign up to the list to be the first to be notified here. 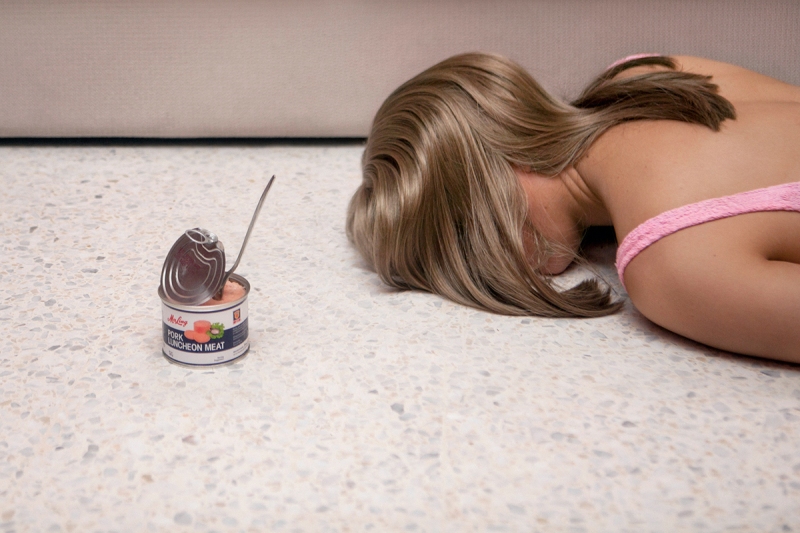 “I make self-portraits and I recently developed a character named Joyce. I build sets and create scenes for her; imaginary bedrooms in which I perform critical studies into modern rites of seduction and beauty, and the laboured construction of femininity. Objects once perceived as radical, innovative, fun and nutritious – an electronic anti-wrinkle mask, computer equipment from the 1980s, baby oil, a tin of cold meat – have become joyless and oppressive. Joyce appears alone, consumed by artifice. Her glazed appearance acting as a mirror to the exhaustion felt whilst bearing the dead weight of constructed femininity.”

Juno Calypso is a 2012 graduate of the BA Photography course at LCC, where her degree show was awarded both the Hotshoe Portfolio Award and the Michael Wilson Photographic Prize.

In 2013 The Independent noted Juno Calypso as the ‘One To Watch’. The Catlin Art Guide featured Juno as one of 40 of the most promising new artists in the UK, subsequently shortlisting her for the 2013 Catlin Art Prize, where she won the Visitor Vote Prize.

Juno has exhibited internationally with group shows in London, Miami and New York, and her work has been featured in The Sunday Times Magazine, Time Out, Wonderland, Dazed & Confused, and The Huffington Post amongst many others.

Schooled at Bournemouth Film School and world famous Italian studio Fabrica, Tomas honed his voice as a documentarian and storyteller who could draw intimate stories in visually arresting ways. He has gone on to direct documentaries, branded films and commercials.

Tomas’s 2009 virals for BMW were included in the Creative Review Annual, along with a series of Adidas spots starring footballers Kaka, Steve Gerrard and Raul. He joined Moxie Pictures for global commercial representation shortly thereafter.

An artist with many pet projects, Tomas directs Little Scraps of Paper, an ongoing series of films about creative people and their sketchbooks, offering beautiful insights into their lives and inspirations.

In 2013, Tomas directed a feature documentary about the extraordinary photographer Saul Leiter, entitled In No Great Hurry, which has delighted audiences and art fans across the globe. 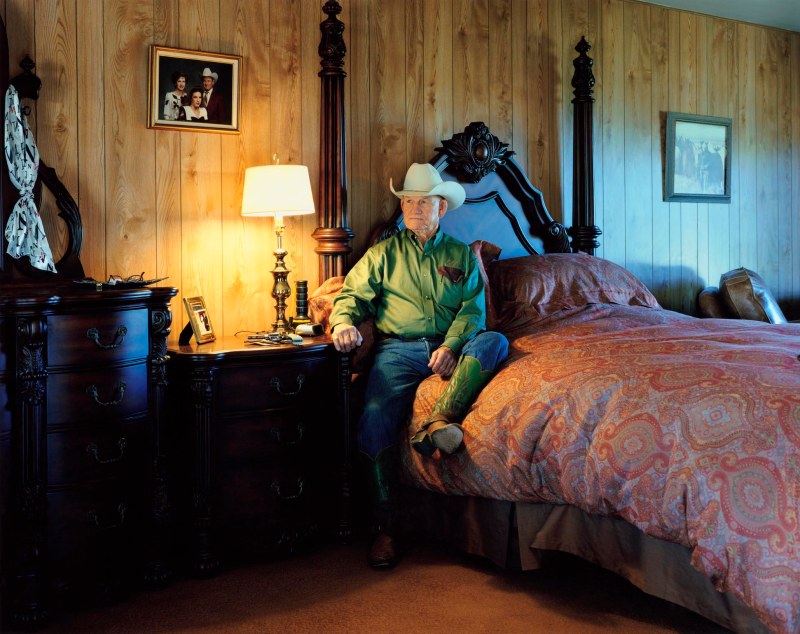 Jane Hilton, photographer and filmmaker lives in London. She started out as a classical musician, graduating in 1984 with a BA (Hons) in Music and Visual Art from Lancaster University. Her love of photography brought her to London, working as an assistant for numerous fashion and advertising photographers, before going it alone in 1988. Early work included both fashion and editorial alongside her documentary projects, which is the mainstay and passion of her work today.

“My work is about the extraordinary realities of ordinary people’s everyday lives, revealing their individual characteristics and ways of being that one so often overlooks.”

It was on her first trip to Arizona in 1988, that she discovered an obsession for America and American culture. The contradictions in American society and the American dream is a recurring theme. Her work in Las Vegas is the epitome of this, where the line between fantasy and reality is constantly blurred. The transient nature of Vegas mixed with the incessant gambling philosophy provides a unique breeding ground for characters who live out these contradictions. Her series “Forever Starts Now” on the McDonald’s style wedding culture illustrates this.

From proclamations of everlasting happiness in Vegas, Jane hit the empty desert roads of Nevada ending up 350 miles away near Reno, where a roadside brothel called ‘Madam Kitty’s Cathouse’ caught her eye. This chance encounter became a two year project and resulted in a ten-part documentary series for the BBC, “The Brothel / Love For Sale”, as well as a series of exhibitions on desert landscapes, pimps and prostitutes.

Inspired by a commission in 2006 to photograph a 17 year old cowboy, Jeremiah Karsten, who travelled 4,000 miles on horseback from his native Alaska to Mexico, Jane set off on her own four year pilgrimage, criss crossing the cowboy states of Nevada, Arizona, Utah, Texas, New Mexico and Wyoming to capture America’s 21st century cowboys which culminated in her 2010 book – “Dead Eagle Trail”.

For her latest book Jane has returned to the brothels of Nevada. “Precious” is a collection of intimate nude portraits of working girls from the only state in America where prostitution is legal. The women are all from different cultural backgrounds and the variety of ages and body shapes represented challenge the traditional idea of beauty. Jane was privileged to stay in many of the brothels during this project and the trust and friendship this engendered is clear in the portraits.

Wednesday 17th June. Doors at 6:30pm. The Proud Archivist, Haggerston, London. Tickets include a 3 course meal and are available here.