In March, to celebrate International Women’s day, we were lucky enough to have Marilyn Stafford and Nina Emett talk for us about their work and what it means to be a woman in the photography world. They then launched the Marilyn Stafford FotoReportage Award, in association with FotoDocument, for which the deadline is next week. We interviewed them further about their work. 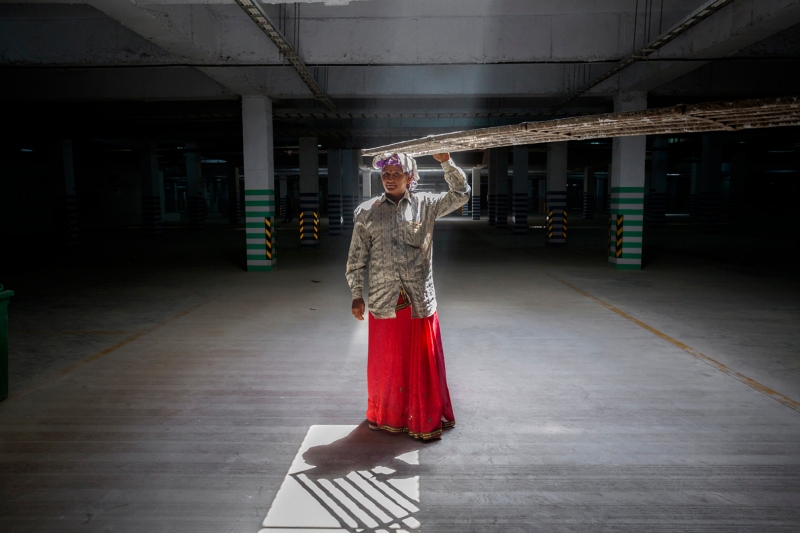 As female photographers of different generations, have you any shared issues that have come with being a woman in the industry?

Marilyn: For me the childcare issue has always been the primary concern. When I arrived in London in the mid-sixties I was separated from my husband so I had a ‘fatherless’ 7-year old with her own emotional issues going on and I was a single mum looking for work within a truly male workplace.

There were ten women photographers on Fleet Street at the time, mainly working on features, one or two on news. Some male photographers made it clear they were not delighted to see women on a photo call and I can tell stories of deliberate pushing and shoving and toppling over…! On one shoot I was rescued from male bullying by a couple of foreign photographers, also men. Fortunately, there were some decent ones!

Nina: Marilyn was working at a time when women photographers were far less common in the industry of course. But actually even when I was doing press shoots in the 90s I was often the only woman photographer. I remember going up the BT tower to photograph the launch of the NHS website (how topical!) and I was questioned the whole way up by the Health Minister who was intrigued by my choice of profession.

I also remember the scramble to get the best vantage point in a melee of male photographers, all elbows and cables. On one shoot a guy nudged me so hard that it dislodged my flash just at the wrong moment – I had to rely on the flash of all the other photographers but funnily enough it worked in my favour, I got quite an atmospheric shot.

Photography is still a fairly male dominated space, especially within the field of documentary and photojournalism and I believe there are still issues around unconscious bias, equal pay and most significantly around caring for young children or elderly parents, sometimes simultaneously, as in my case.

How did you both fit motherhood into your careers?

Marilyn: It wasn’t easy as of course my child was my primary concern. I had to turn down some assignments. I also had to enter the world of fashion which was easier for women to get into than news. I deferred working on the kind of stories I really wanted to focus on until she was older. My daughter was a budding teenager when I went to India for the first time to photograph Indira Gandhi. I was only able to go because the parents of a school friend took her in during my six-week absence. It was always a juggling act.

Nina: For many years when my daughter was very young I couldn’t work as a documentary photographer, travelling around with a camera was just not an option. It was one reason I set up FotoDocument – so I could stay in the industry by commissioning other photographers and curating their work whilst spending quality time with my daughter.

She’s a bit older now so I’ve been going back and forth to India over the last couple of years to work on a story. But she’s still only nine so I only go for relatively short periods of time as we both feel the separation. There are so many male photographers I know who have young children but who still manage to travel for their work all the time, without restrictions. Mothers don’t have that kind of freedom. They don’t always have the continuation of income either so funding documentary projects also tends to be harder.

Nina, you are working on the project ‘Women Workers of India”, photographing SEWA (Self Employed Women’s Association), which has lifted hundreds of thousands of women out of poverty since 1972. Could you tell us a little more about the project, and how it came about?

Yes, Marilyn and I share a love of India and one day when we were discussing our time spent there she told me about SEWA and how she had started a photography project with them in the 1970s. I was intrigued by the work they were doing as a trade union and network of worker cooperatives and started to research them more. Marilyn could see that my interest was peaked and suggested I ‘pick up the baton’ and do a photo essay about them now.

This is exactly what I did – I’ve finished the work now and I’m bringing it all together in a photo book which will be published by Mapin in January 2018. I will of course be including some of Marilyn’s beautiful archival photographs of the SEWA women! It’s been very special to share this experience with Marilyn a few decades apart.

Marilyn: (It feels) like a rebirth! Like a dream come true! Nina is such a fine photographer. It is so exciting to see through her sensitive photographs that what was a small local organisation has become a nationwide movement empowering the poorest of the poor – women who were sleeping on the streets, who picked rags from textile mill scraps to sell on for pittance. SEWA are making big changes for these women. I can’t wait to see the book!

And FotoDocument is one of the most exciting organisations I have ever discovered – I wish I had founded it myself 40 years ago!

You have both focused on important social, economic, cultural and environmental issues in your work. What has been the most rewarding outcome you have had so far, for each of you?

Marilyn:I was pleased to have brought attention to the plight of refugees in 1958 though photographing Algerian refugees in Tunisia, victims of the war of independence from France. I got a front page in The Observer and it was satisfying. The issue of refugees still very much concerns me today, it is such a sad and serious global situation.

Nina: I joined a photography BTEC when I was in my 20s and on the first day we were asked what we wanted to get from the course. I blurted out ‘I want to tell stories, make a difference.’ Everyone looked at me, puzzled why I had enrolled onto a technical studio course! I soon left the course and did a Postgraduate Diploma in Photojournalism instead – far more appropriate!

For me photography has always been about ‘covering’ stories to ‘uncover’ them, to ‘discover’ them. In life there are only stories. There are different ways to tell them but documentary photography is the medium I align with best.

Like Marilyn, I have also spent time photographing refugees but I actually think the work I am producing about the women at SEWA is the most rewarding outcome for me – I am so moved by their incredible work and it will also culminate in my first book.

On the 4thof March the Marilyn Stafford FotoReportage Award launched and the deadline is fast approaching. What was the inspiration behind starting the award?

Marilyn: Inspiration for the Award comes from knowing there are so many stories which need to be told which are relevant to the world around us and which will hopefully make this world a better place. It also comes from my early experiences as a woman documentary photographer wanting to tell such stories though her camera. And as I’ve said already, women still need that extra little support along the way.

Nina: When Marilyn suggested she wanted to launch an Award for women photographers I was immediately taken with the idea and we both thought FotoDocument would be a great vehicle through which to launch it. We’ve put together a fantastic panel of judges to select the winner including Dorothy Bohm and Celia Davies.

It’s a fantastic opportunity for women photographers to get some funding towards a documentary story they feel passionate about and also to get their work in front of some seasoned eyes! We’ll also be providing mentoring from Marilyn and myself and will showcase the final work on the FotoDocument website too.

There is still time to apply! The deadline is Friday 26 May: http://fotodocument.org/fotoreportage-award/

Marilyn, you currently have a collection of your work exhibiting at the Lucy Bell Gallery in St Leonards on Sea. Can you tell us a bit about the work on show and how it was curated?

The idea of having an exhibition at the Lucy Bell Gallery actually came through Jim Stephenson of Miniclick himself! He introduced me to Lucy Bell and her husband Robin Bell who is a master printer. Robin curated a selection of black and white photographs I had taken while living and working in Paris in the 1950s. He also made a selection from my book ‘Silent Stories’ which contains a collection of my work from when I lived in Lebanon in 1960.

As many of the negatives for my early Paris photographs were lost in the many moves I have made between countries, Robin had new negatives made from vintage prints or contact sheets and miraculously it all came together in a stunning exhibition! It was wonderful that one of our judges for the Award, Dorothy Bohm, came to the Private View a couple of weeks ago – it was very exciting to meet her having lived through a similar period in history both as women photographers.

How does it feel to have this work reaching a new audience?

Very exciting indeed – I am touched to share my work with so many kindred spirits.

Applications for The Marilyn Stafford FotoReportage Award close on Friday 26 May.